Solar manufacturing in India: A step towards self-reliance

HomeSolar manufacturing in India: A step towards self-reliance 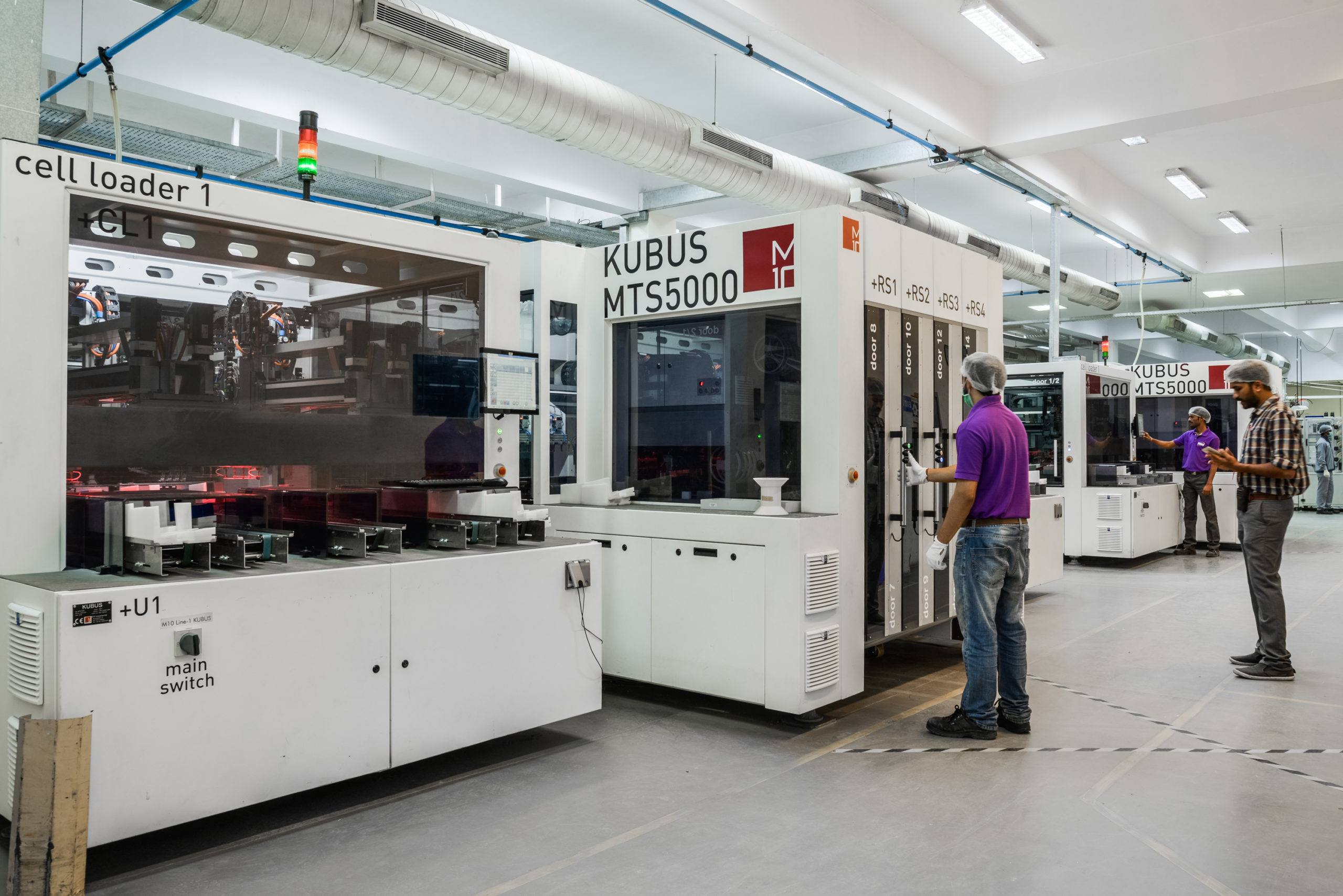 Solar manufacturing in India: A step towards self-reliance

India installed 7.6 GW of solar power in the fiscal year 2019-2020 with 40% of the modules being supplied by the domestic manufacturers which included utility-scale projects, on-site consumption, off-grid capacity, and solar pumps.
Among it, 5.9 GW was generated from utility-scale PV and 1.7 GW from rooftop solar.

The Atmanirbhar Bharat Abhiyaan has certainly opened up opportunities for India’s solar manufacturing industry, with the Indian government developing strategies to suppress the use of Chinese equipment by setting up pre permission requirements on imports from other countries. The government is also subsidizing finance on solar projects that use equipment from local manufacturers.

Mandatory Use of Domestic Modules & Cells

The government has taken some firm steps to generate a market for domestic modules.

The Ministry of New and Renewable Energy (MNRE) has introduced a 12-gigawatt scheme for government-owned companies to set up solar power projects with a mandatory clause of using domestically manufactured cells and modules.

The government has offered a US$1.2 billion capital subsidy to government-owned companies for setting up solar power projects.

The government is also encouraging public sector firms to set up more renewable energy projects to ensure sufficient demand for Indian solar module manufacturers in the next few years.

The Solar PV manufacturing process involves Polysilicon, Wafer, Ingot, Cell, and module assembly. Most of the Indian companies are engaged in the processes of module assembly.

Prime Minister Narendra Modi as part of the Atma Nirbhar Bharat campaign stated the country’s aim is to end its import dependence on all equipment including Wafers and Ingot which are the key components for manufacturing of solar cells and modules.

India to strengthen its Wafers and Ingot production is planning to come up with tenders that will provide viability gap funding (VGF) through public-private partnerships to attract domestic manufacturers.

The government has also imposed a basic customs duty (BCD) on the import of all solar cells, modules, and inverters as a firm step towards creating a strong solar equipment manufacturing value chain.

The DGTR recommended a safeguard duty rate of 14.90% for the first six months and 14.50% for the subsequent six months on all solar cells and modules imported from the China PR, Thailand, and Vietnam starting from July 30, 2020.

The DGTR in its recommendation has stated that an additional two years of protection provided earlier improved the position of domestic industry, the extra one-year extension will provide more time for domestic manufacturers to adjust.

Emmvee’s Managing Director Mr. V Manjunatha has said ‘The safeguard duty recommendation of 14.9% and 14.5% will not help the Indian manufacturers, as the Chinese prices would still be comparatively very low with this percentage of duty.

Mr. V Manjunatha stated, in addition to the safeguard duty on modules, a minimum basic customs duty of 30% to 40% must be levied. The government should build integrated solar industrial clusters in India and create a specialized infrastructure covering the entire value chain from R & D, testing, training center, and other required supporting services.

We need a clear policy framework from the government ensuring substantial solar cell and module production demand in the next few years for Indian solar manufactures.

The government should also provide pass-through benefits to developers when they buy the modules from Indian manufacturers. Without this benefit, India’s forex outflow will continue at $50 billion in the next two years despite any kind of duty.