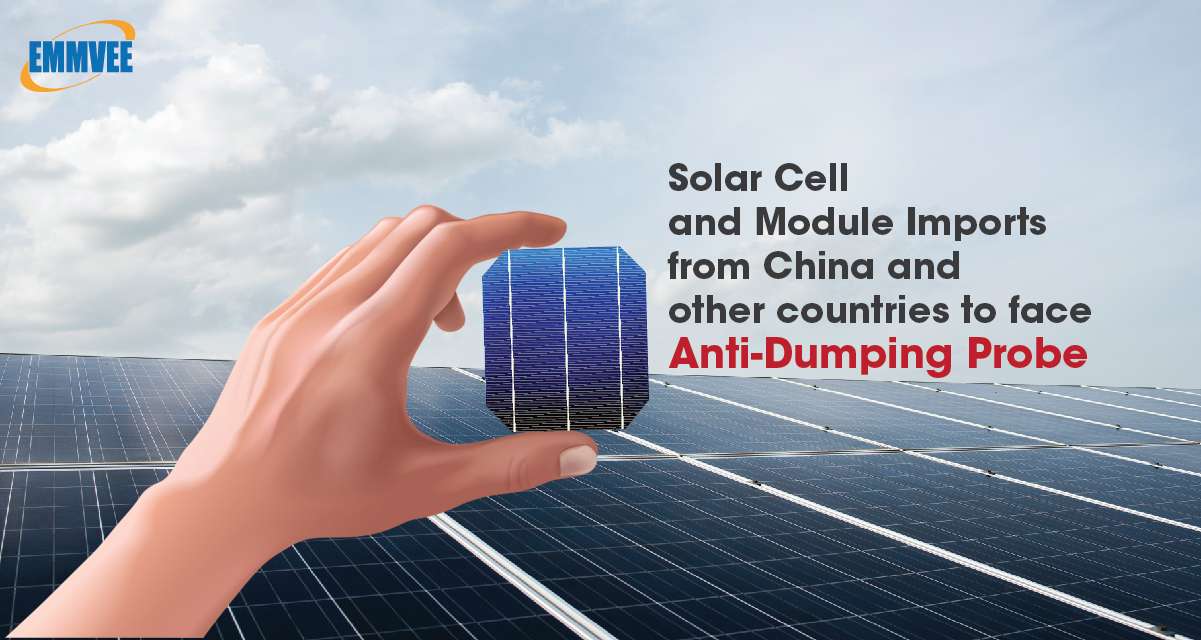 The Directorate General of Trade Remedies (DGTR) has initiated an anti-dumping probe on imports of solar cells from China, Vietnam, and Thailand.

The inquiry is based on the petition filed by the Indian Solar Manufacturers Association (ISMA).

The whole issue of dumping of solar cell imports from China, Vietnam, and Thailand has aroused because ISMA has alleged that the disposing of solar cells from these destinations is causing material injury to the domestic market. And there is no significant difference between the items being imported and the ones produced by domestic companies locally.

The DGTR notification says the probe will cover the period starting from July 2019 to December 2020. They also state the dumping of solar cell imports has lead to price undercutting, price suppression, and price depression effect on the domestic industry.

The Ministry of New and Renewable Energy (MNRE) has now made it mandatory for module manufacturers to register under the Approved List of Models and Manufacturers (ALMM) to be eligible for government projects. The new rule is also applicable for projects involving the sale of electricity to the government.

The (DGTR) in this investigation intends to determine the degree and impact of the dumping on the domestic industry and accordingly recommend a percentage of anti-dumping duty on these importers.