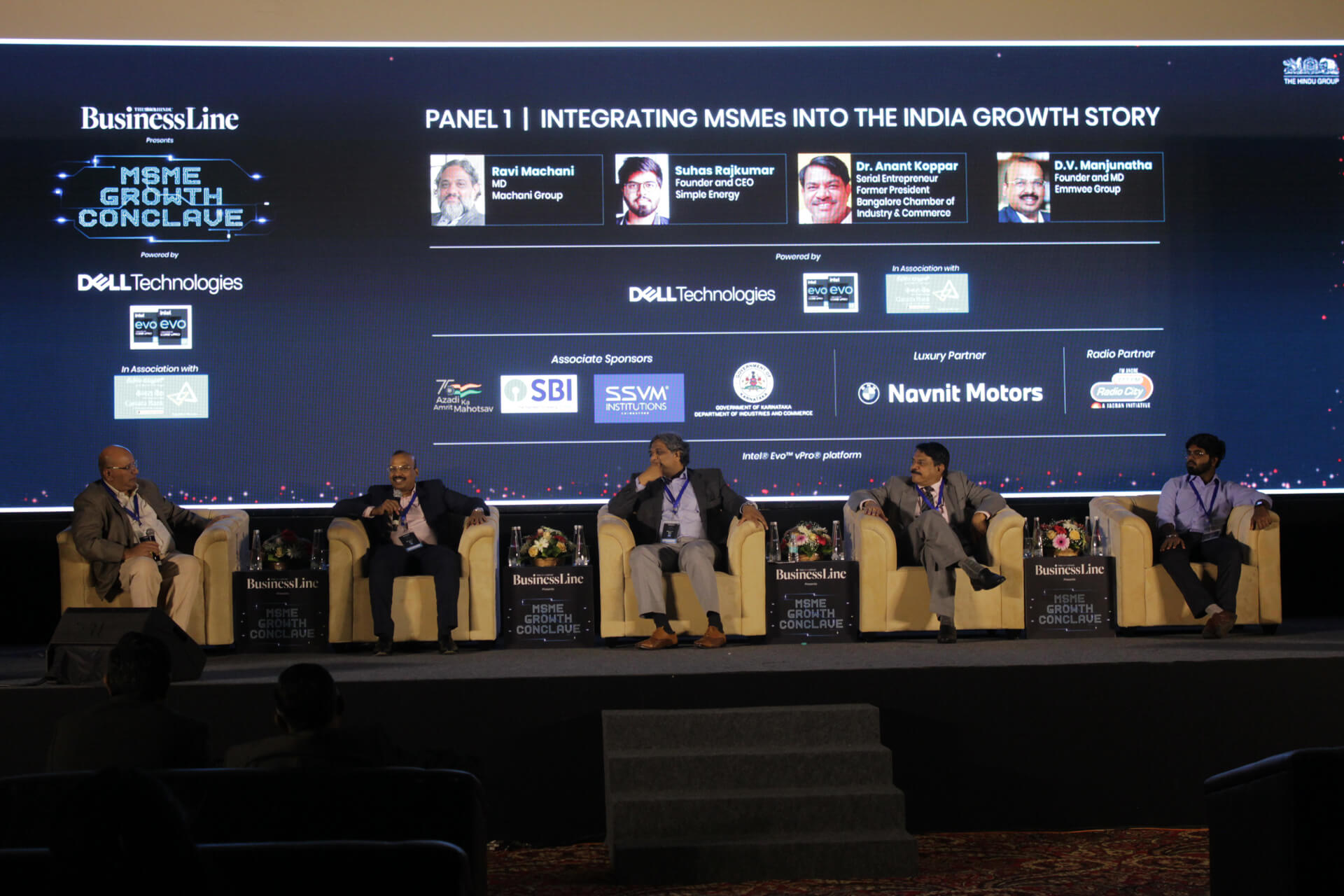 In a panel discussion on integrating micro, small, and medium enterprises (MSMEs) into the India growth story, lack of skilled workforce and fund-raising emerged as some of the major challenges faced by MSMEs.

The panel discussion was conducted by The Hindu BusinessLine, as part of MSME Growth Conclave on June 27 in Bengaluru, to commemorate the International MSME Day. The conclave was sponsored by Dell Technologies, in association with Canara Bank.

Talking about the challenges that start-ups face, specifically in the EV manufacturing space where there is a lot of direct interaction with the MSMEs or vendors, Rajkumar, from Simple Energy, said: “First and foremost challenge is the skillsets. When you look at the Indian manufacturing space, India is not equipped enough to understand the new age of manufacturing. We are not developing the skill sets at the ground level, we are not empowering people with the right tools. So, if we can focus on those funds, it will be much more easier for companies like us, to expand faster.”

He added that Indian MSMEs should start focussing on building rather than assembling. This will reduce dependency on other countries and promote development.

Further, highlighting the challenge of financing faced by MSMEs, Koppar said: “One of the things that has been troubling the MSME sector is financing, and if we have to raise funds, we have to either put our home or other properties as collateral, which many times end up killing companies. That is one of the major drawbacks that our country is facing now.”

Though there are many schemes to help MSMEs with funding, Koppar believes that they are few in number and the amount that the MSME can get out of them is also quite small. “So, financing still remains as one of the big problems, unless some family business or other investor is ready to invest. It is difficult to raise funding even if you are a serial entrepreneur,” he added.

A family business, which operates one of the largest automobile springs company, Stumpp, Schuele and Somappa Springs (SSSS), Machani Group has been helping companies in new innovative business areas with investments. The MD of Machani Group said the group has consciously invested nearly 20 to 30 per cent of all the future wealth into the new cluster of businesses.

“These are businesses that we know are going to be a success. There is an interesting question we ask, can you imagine a future without it. If the answer is no, we want to be a part of their journey. So, we are looking at robotics, EV technologies, and a bunch of other new clusters. We see very big opportunities,” Machani added.

Going global and marketing in these international markets is one of the challenges that Manjunatha, Founder & MD, Emmvee Group, has taken head-on. Sharing insights from his journey of expanding in markets such as Europe and US, Manjunatha said: “The main thing people look for is product and quality. These markets take long time to materialise, but once they materialise they become a constant. So, it takes patience and we need to build good contacts with the clients. Another important thing is that, we need to reach them and engage them. We either need to go to their exhibitions, seminars, or any kind of business events like that.”

Further, talking about the growth of MSMEs in the past few years, Machani said: “In the last four years, we have seen a lot of good opportunities, of course, on the back of few challenges. We have seen 7 to 10 years of digitisation happen in the past two years. There are people who have won almost 70 per cent of the businesses within two years that would have taken 10 years or so. There’s been a massive massive growth in online businesses and tech-enabled businesses.”