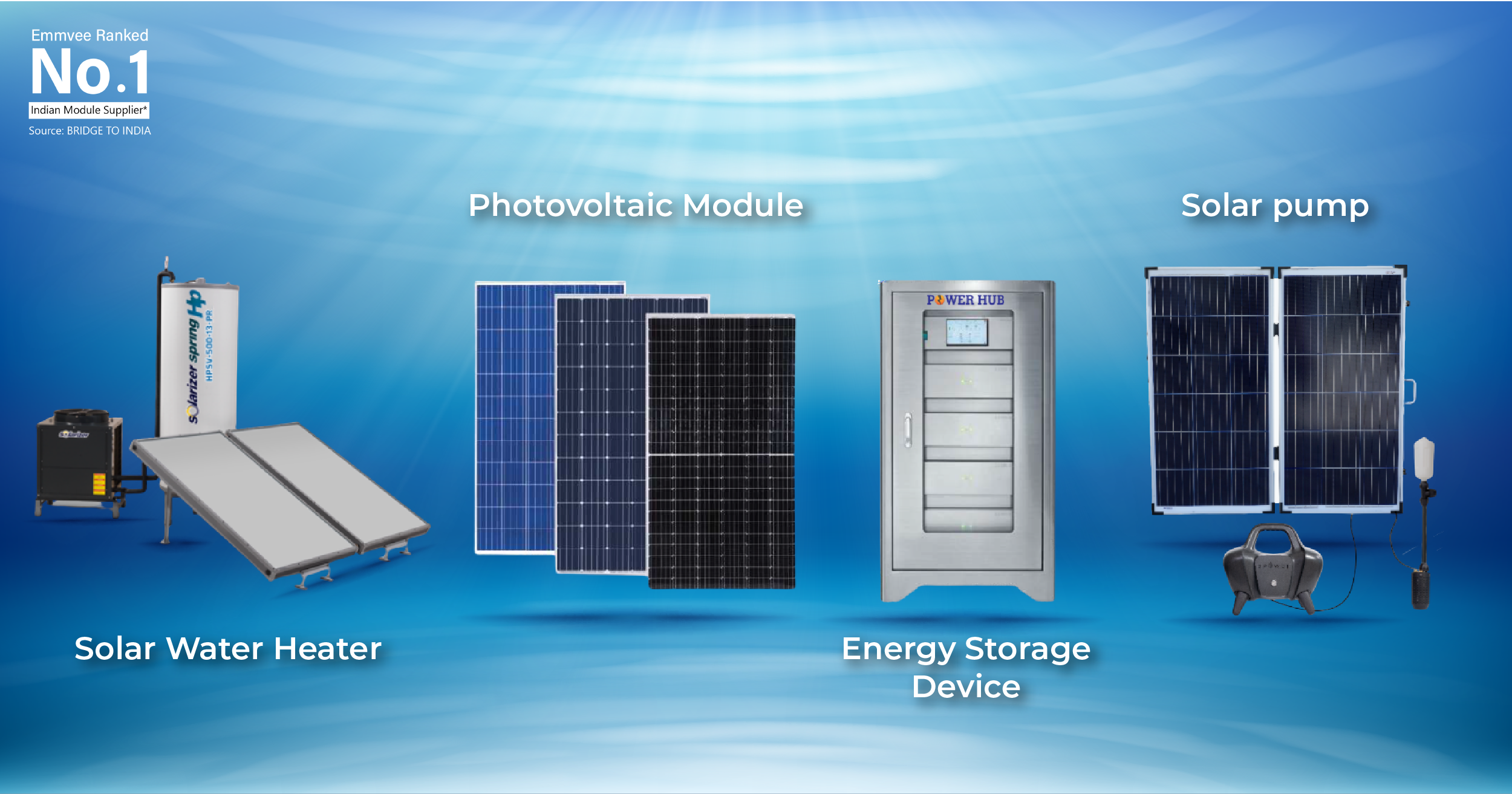 Global warming is becoming a serious issue with many governments across the world making aggressive efforts to cut down on the consumption of fossil fuel to help create a cleaner and greener environment. The process of generating energy through fossil fuel around the world is very closely related to global warming as it is the root cause of emitting carbon dioxide and other harmful chemicals. The increased consumption of fossil fuel has led to a rise in global temperature with an average increase of CO2 emissions by about 2.0% each year.

The only answer to rising concerns surrounding protecting the environment is opting for a green energy transition. Solar power is considered as the most viable source of green energy as it can reduce apprioximatly1290 tonnes of CO2 emission per 1 MW of solar capacity per year. Additionally, solar power saves the fuels used to transport coal, oil, or gas through trucks, trains, and ships.

Role of Emmvee in creating a greener and clear environment
Emmvee which started its operation with the manufacturing of solar water heaters in the year 1992 has consistently strived on its mission to make solar energy reach every home and institution. Emmvee manufactures and supplies different solar products which have played a key role in creating a greener and cleaner environment.

Solarizer
Emmvee under the brand name “Solarizer” has manufactured and installed more than 300,000 domestic water heaters and 5,000 industrial systems amounting to a total capacity of around 200 million liters per day (LPD). Emmvee has saved approximately 7, 50,000 tonnes of CO2 annually through its domestic water heater installations and approximately 12,500 tonnes of CO2 annually through industrial water heater installations.

Solar PV modules
Emmvee’s contribution to the green environment is immense. It started the manufacturing of solar PV modules in the year 2007. It has supplied 1.5 GW of PV modules and has commissioned more than 200 MW of projects in India and across the world saving approximately 1944,000 tonnes of CO2 annually.

The installation of an electric energy storage system (smart inverters) for power generation is one of the best ways to contribute towards a green environment. Emmvee PowerHub storage solution helps to store power generated from solar panels which can be used during night times or the surplus power can be sent into the grid. Every KW of electricity sent to the grid from a battery reduces fossil fuel usage for generating electricity by close to 1 KW/hour. Also, Battery storage reduces the need to use generators during peak times which will potentially reduce carbon emissions.

Emmvee Spowdi
The revolutionary product from Emmvee, the Spowdi helps the agriculture industry in restoring groundwater levels and in curtailing the problems of traditional water pumps which can create a threat to the available groundwater. It is capable of providing high yield using less water for irrigation and is ideal for farmers who require flexible irrigation systems that can run on solar power and support in every aspect of sustainable production.

Emmvee Spowdi is completely powered by solar panels with zero carbon footprints and does not require electricity from fossil fuels or diesel generators which produce large amounts of carbon dioxide, hazardous to the environment. The diesel-based irrigation pumps emit around 3 million metric tons of carbon dioxide representing around one percent of India’s total carbon emissions.

Emmvee’s role in reducing carbon footprints across industries
Emmvee has played a major role in the phenomenal growth of solar energy implementation across the Industries sector. It has created a broader perspective in the minds of different industry leaders about the environmental advantages of implementing solar energy models into their manufacturing and operational business routine.