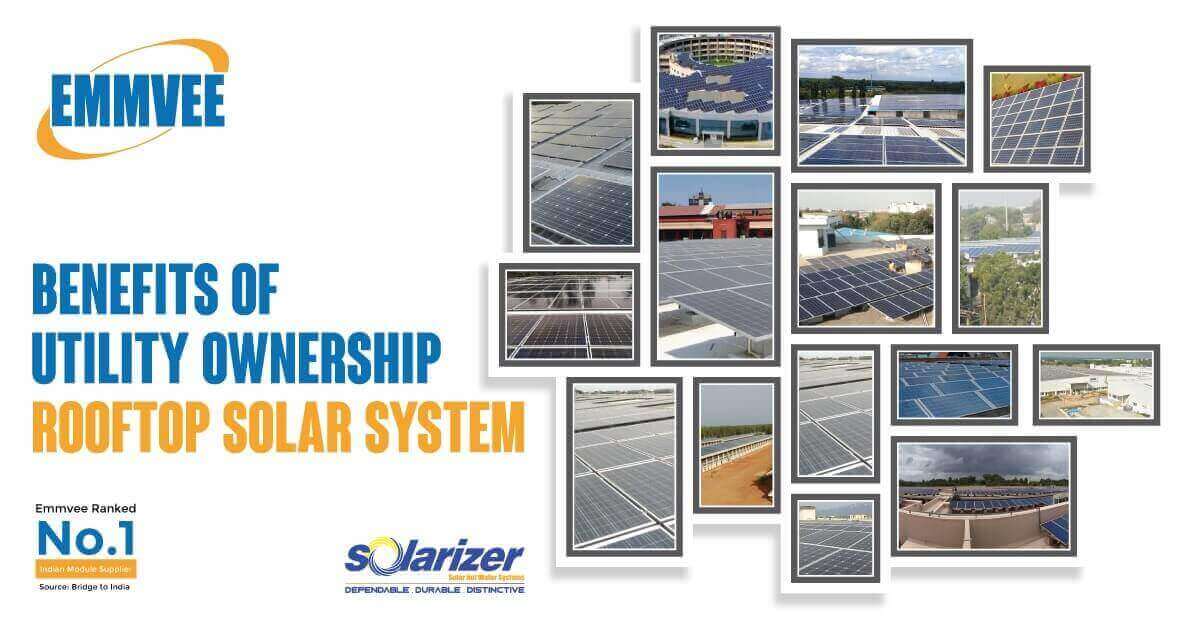 The solar rooftop segment has grown at rapid speed in the last few years and has brought a major change in the solar market landscape.

The rapid expansion of solar rooftop has lead to a potential disruption into existing business models such as the utility-owned rooftop solar model. Over the years the model has gained tremendous traction because of its highly attractive growth opportunities and the financial stability it offers to the investors. Also, the utility companies are in a position to play a key role in assisting the transition to clean energy and play a key role in expanding solar usage and making it available to everyone.

Some of the prime advantages of utility-owned rooftop solar are:

Emmvee is one of the premium manufacturer and supplier of solar PV modules with 25+ years of experience. It has over the years built strong expertise in executing RCC rooftop, and curved roofs solar projects.

Some of the rooftop solar projects executed by Emmvee: