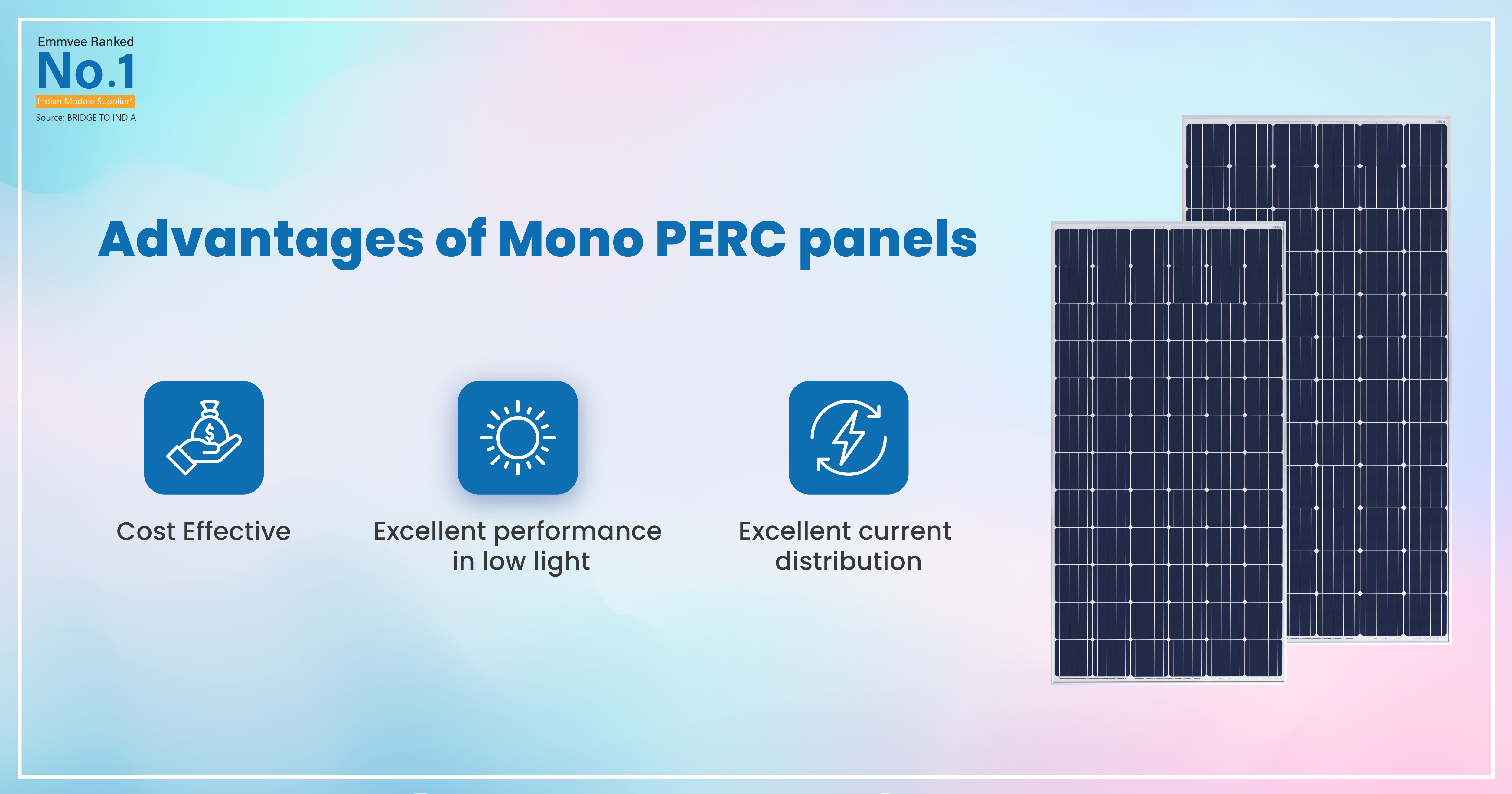 Mono Perc solar modules are paving the way for PV system which has an increased PV system efficiency. This ever increasing demand for high efficiency panels is certainly pushing the consumers to opt for mono PERC panels. The panels can be used for all kind of solar projects but are more suitable for rooftop installations. In addition, the panels can be manufactured to produce a more energy dense module without much increase in build cost.

Different reasons to choice for Mono Perc solar panels over others:

Although the costs of Mono Perc panel are much expensive, the efficiency level of each individual panel is relatively higher which justifies the capital expenditure.

Also, as the number of solar panels decrease, the cost on installation & components such as Inverters, racking and wiring will eventually reduce, saving a large amount of project cost.

Mono Perc solar panel are boosted with extra layers which make them better equipped to perform well in both low light conditions and high temperatures compared to traditional panels.

The solar power plant where Mono Perc panels are used start generating power much early during the day and can perform till later in the day eventually producing more energy than any other traditional panels.

Mono Perc solar panels provide end-users with more options during panel placement without any hindrance to the efficiency levels. They are ideally suited for residential consumers who have space restrictions on their rooftops.

Apart from high efficiency Mono Perc panels can be produced using existing infrastructure technology with minimal investment in the manufacturing process. The Mono Perc solar cell technology is relatively straightforward and requires minimum learning for the production staff who is already involved in other forms of solar cell manufacturing.

The Mono Perc modules have lower degradation rates in long term resulting in more electricity being generated when compared with traditional modules.

Emmvee Mono Perc Module’s ability to reach an efficiency level of 19.74% makes it ideally suited for On-Grid solar power plants. The modules are produced using best of the manufacturing facility and raw materials procured from across the world. Its rigid performance and highly standards of safety measures adopted make the products distinctive and suitable to be used in extremely harsh weather conditions with a sustenance capability of more than 25 years.