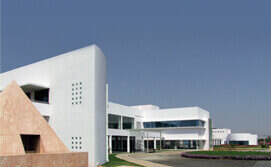 1×100 kWp system was installed at PSG College of Technology and 2×100 kWp systems were installed at PSG College of Arts and Science. Emmvee was responsible for Designing, Engineering, Supply, Erection and Commissioning of the systems.The systems were installed on the roof of the colleges. Being a renewable energy enthusiast, the institutions intend to bring awareness about solar energy among students and encourage them to go solar. It also helps the institution to tackle the power crisis in the region.

Mr. D. V. Manjunatha, founder and Managing Director of Emmvee, expressing his views, “We welcome such initiatives from educational institutions to go for renewable energy. The institutions being one of the leading players in the state will set a bench mark for others to follow. In the past we have installed roof-top systems for various institutions and we are glad that we were part of this project for PSG Institutions”.