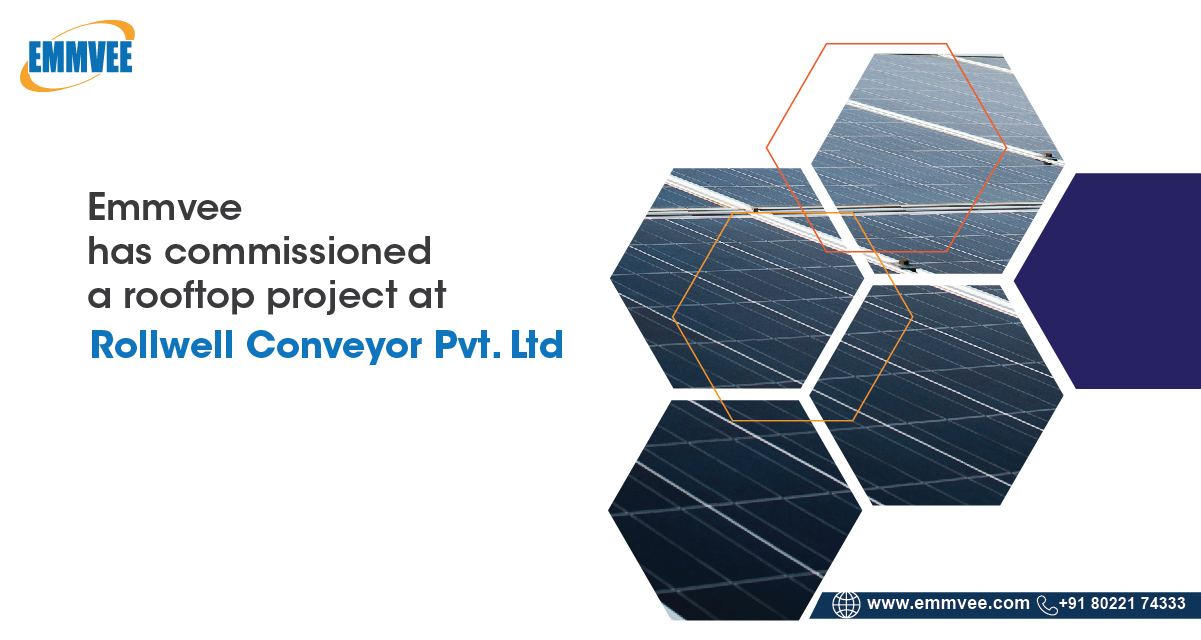 Emmvee is premium manufacturers and supplier of solar PV modules for the last 29 years. It has a strong record of manufacturing and supplying more than 2 GW of photovoltaic modules and a track record of commissioning more than 200 MW of solar projects in India and across the world. Over the years it has developed vast experience in executing RCC rooftops, metal sheds, carports, and curved roof solar projects.

In one of the more recent developments, Emmvee has commissioned a solar rooftop project for Rollwell Conveyor Pvt Ltd at Hindupur, Andhra Pradesh. The company is a leading manufacturer of Conveyors and other bulk material handling equipment.

The project was developed on a rooftop area of 1200 Sq. m by installing 456 Polycrystalline solar modules that have an annual energy yield of 0.22 million units (approx.) and Co2 saving per annum of 199 tonnes (approx.). It has a capacity to produce 300 KWP of solar power annually.

The company has seen a substantial reduction in electricity bills in the last two to three months with around 70% of the power being generated through solar and only around 30% coming from the grid.

Emmvee is extremely proud to say that in spite of the labour shortfalls and raw material shortages due to the on-going pandemic, the project was commissioned as per the scheduled plan and timeline. 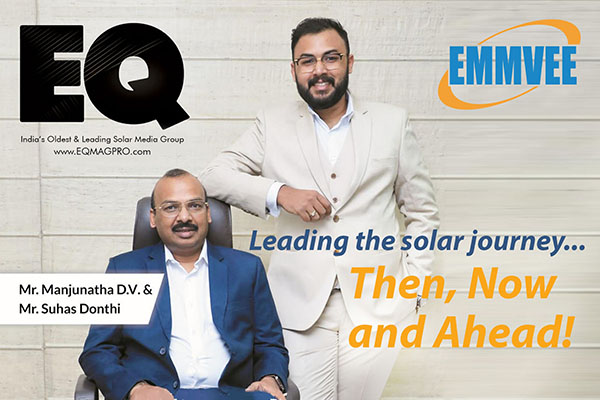