Collaboration of nations the way forward to combat climate change

HomeCollaboration of nations the way forward to combat climate change 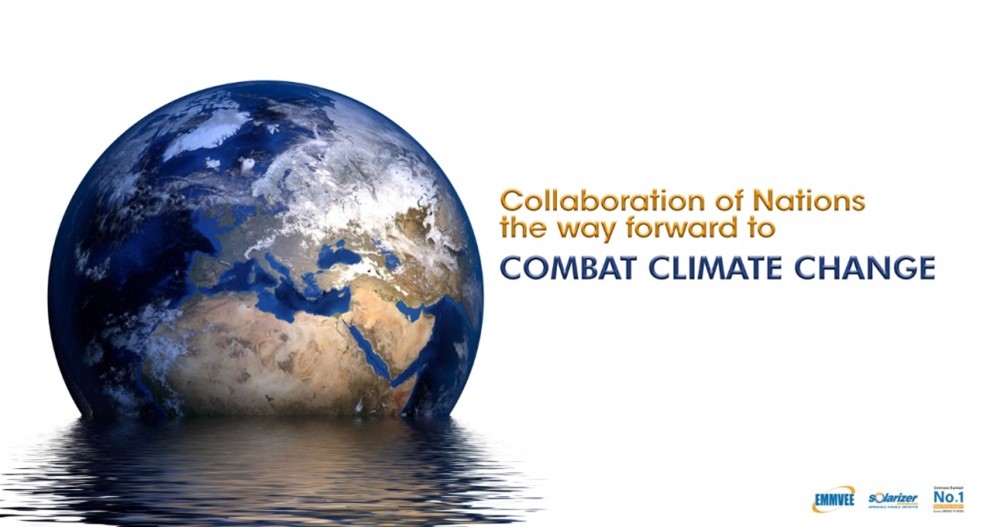 Collaboration of nations the way forward to combat climate change

The ramped use of fossil fuel has had a very damaging effect on the climate. The most suitable alternative to solve this problem is adopting green energy alternatives such as solar and other renewable energy sources. But the major hurdle in the implementation of solar energy is with the restoring process which is quite slow when compared to the damage the fossil fuel is causing to the environment.

The dream of building a sustainable environment can only be achieved when countries across the world come together. The respective governments have to align their policies and work on achieving the common goals of the green energy transition.

India in the past decade has made increasing efforts to popularize the adoption of solar energy. It has initiated many schemes to boost the local solar manufacturing sector such as Make in India, Atmanirbhar Bharat smart cities. But the most important among them is the ‘One Sun, One World, One Grid’ initiative.

About One Sun, One World, One Grid’ initiative (OSOWOG)

A trans-national electricity grid solar power supply initiative is absolutely needed for a country like India because of the huge electricity consumption.

An ambitious project such as (OSOWOG) is designed to connect more than 100 countries via a common grid to transfer solar power. The vision behind the idea is to use Sun’s energy source which is constant at some geographical location globally at all times. It is a cost-effective way of generating electricity leading to improved livelihoods, and will also reduce carbon emissions.

Countries across the world are coming forward to create strong global energy alliances to utilize solar energy. The geopolitical organization such as OPEC and The International Solar Alliance (ISA) which currently hosts 121 countries are actively working on global energy sharing initiatives.

Role of global partnership in achieving the green energy transition

There is a stronger international institutional arrangement from different countries to transit to sustainable energy. Many of the developing countries have raised their concern about prioritizing the use of renewable energy and reducing carbon emission. But the dominant fossil fuel producers are apprehensive about its implementation as it may damage their economies.

Although solar energy generation is a relatively old and proven technology, still developing nations will require support from developed nations to invest in bigger projects, R & D activities, and in the adoption of new technologies in order to make climate improvement a success.

The role of developed countries is extremely important for the climate improvement drive to be successful as these countries will help developing countries to find the most technologically advanced and efficient green energy generation.

The developed countries will also get an opportunity to generate revenue by selling their technology to developing countries and further use the fund on R&D and other manufacturing activities.

The developing countries are already spending huge amounts of money to import fossil fuels making it difficult for them to invest in solar manufacturing, innovation, and construction of large infrastructure development. This makes it very important for the developed countries to bring in cash flow and invest them to develop large solar projects in different parts of the world.